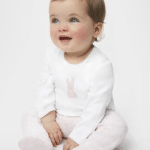 Sometimes, it feels as if you need a science, nursing, and psychology degree to work out how to get your baby settled and sleeping. New Mums and Dads are inundated at every turn with conflicting advice about routines, and warned that by falling into ‘bad habits’, they’re creating ‘a rod for their own backs’. Take a deep breath and repeat after me:’ I do not need a PhD to care for my newborn’

The problem with a lot of the one-size-fits-all advice is that babies, like children and adults, do not come with factory settings. All babies have different feeding and sleeping requirements, just like we do. Don’t waste the precious first months of your baby’s life tying yourself in knots because they don’t comply with the schedule you’ve been told to follow. There’s no need to withhold food when they’re crying: no amount of shushing, rocking or patting will get a hungry baby to sleep. Babies have one thing to do from the moment they’re born: grow. And they need a lot of food to do that.

Babies can’t be overfed. Depriving your baby of milk in an attempt to ‘stretch them out’ till a certain time will only cause stress for you and your baby, and that’s not what these early days should be about. All that matters during this time is that your baby feeds, grows, and has a safe and loving home- and a healthy, happy mother. It doesn’t matter if you breastfeed or bottle feed: fed is best.

Babies often have their days and nights mixed up, and that’s completely normal. If your baby sleeps all night, he’s not going to sleep all day. Likewise, if he sleeps for large chunks of the day, he’s not going to do the same at night, and that’s simply because he needs to feed so much during the first six months, which just isn’t possible if he’s sleeping like a log around the clock. I would expect a newborn baby to be feeding every three to four hours during the day, and sleeping no more than four to six hours at a stretch after midnight.

There are things you can do from day one to help your baby settle, though – that don’t involve shushing or back-breaking jiggling on the spot! (the only person who’ll fall asleep from all that shushing is you).  My Bath, Bottle, and Bed routine is not about sticking to rigid schedules that add another layer of stress to your day. It’s about giving your baby a consistent and predictable routine that works with his own natural rhythms, and which the whole family can look forward to each night.

My routine deviates from the norm a bit when it comes to bath times. I don’t believe in bathing your baby and putting him down for the night at 6pm: ideally, you want your baby to be doing his longest stretch of sleep at the same time as you. If he does a long stretch of sleep from 6:30-11pm, odds are he’ll be waking more frequently for feeds during the hours in which you’re trying to sleep. On the other hand, if you can get lots of milk into him during the earlier hours of the evening and then bathe him around the time you’re going to bed, the odds are much higher that you’ll both be asleep at 2am.

The beauty of this routine is also that your partner has a chance to take a really active role in the process, by giving your baby a bottle of breast or formula milk after their bath, before putting him down to sleep for the night.

The other key to a settled baby? Wrapping! For the first six weeks, I recommend keeping your baby wrapped for all feeds and sleeps. There are as many ways to wrap a baby as there are a gift, but it is really important that you make sure of a few things when you wrap your baby. I invented a way to wrap your baby – it’s called “Cath’s Wrap”. It is best not to wrap your baby’s legs straight and tight. His legs need to be loose and able to flex into a frog position, to avoid creating hip problems later down the track. Your baby’s arms, on the other hand (excuse the pun) need to be firmly wrapped. My wrapping technique allows babies to move their arms around while also maintaining that nice, secure wrapped feeling.

Your baby has spent the entirety of his existence in your uterus with a strong wall of muscle to support him; wrapping gives him the same sense of support. In the first months, your baby has little control of his movements. All babies are born with a primitive startle reflex, which causes them to throw their arms out, often waking themselves in the process. Wrapping gives them the freedom to move their hands but also prevents the startle reflex from disturbing them while they’re trying to feed or sleep. You can find my “Cath’s Wrap” instructions on YouTube.

By using a simple wrapping technique and following an equally simple routine, you’ll find both you and your baby settling into a nice rhythm with one another. So you can file away that application for a master’s degree (for now): all your baby needs is milk, love, and you.

Previous Post: « How many clothes will my new baby need, and what sort of clothing should he be wearing?

GET SPECIAL OFFERS AND LATEST UPDATES

x
We save your email and cart so we can send you reminders - don't email me.